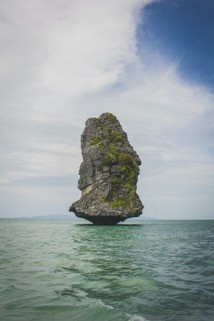 Where would we be without rules? Everywhere we look, rules guide us. Social, professional, political, financial  . . . rules . . . as far as the eye can see. Why? Because rules create a mechanism for people to measure who wins, who is successful, who fails, how people progress and when they decline. Rules help us draw comparisons. Rules can be exhausting. Fortunately, people can use those same rules to win the game of personal finance – if you know what they are.

Personal finance is a game rife with rules. Each financial institution you deal with has a set and will project those rules on the decisions consumers make. Despite that it sounds like a quagmire of rules, there are only four you need to know.

To help you view them from the right perspective (where you can apply them to achieve YOUR best interests as opposed to theirs)-  some review might help.

First, It pays to remember that we live in a capitalistic economy. So, what does that mean for us, the consumers?

That’s it. This is what makes the world go ’round – or at least the US. Companies are ALL in business to make money for themselves – Not the consumer. They use the consumer to drive increasing profits. Don’t ever confuse their priority on this matter.

Don’t ever forget that part. None of these players are in business to help a consumer become wealthy. The amount a corporation earns will always be more than a consumer earns. They are conglomerates. Consumers are individuals.

Consumer cash to be exact. They don’t make money unless the people using the economic and political system input their money. You are the person whose contribution of funds literally creates the economy we enjoy. It’s fun to buy and acquire things and we are good at it. Good enough that our government builds our propensity to spend into the national budget.

Finally, take a look at the end result. What is all this ‘business’ for? TO CREATE PROFIT.

And who receives the profit? If you thought, ‘me’; think again.  Even the most valuable stockholder receives only a portion of any profits earned. The top executives? No. Board members? No.  Typically, it’s the owners who receive the profits. And while they could be a tiny bit concerned about the value a consumer receives or perceives as a result of doing business with them. The amount that any consumer receives is negligible at best. A consumer will almost never make it rich from the earnings or benefits her or she receives from doing business with a corporate owner. There are some cases where, with luck, a person can do well. But they will never do as well as the owner will.

So in the future, here is how I would like you to look at the relationships you construct with financial institutions you choose to do business with. Ask yourself these questions:

How fast will they will give it back when our relationship ends?

Finally: Would you rather own the company or work there?

Next time I will talk about each of the four rules. Make no mistake, they’re still going to make more money than you, but there are certainly steps you can take to lessen how much you lose.

I am lucky! I have been given the chance to both do work that I truly love and engage in that work on behalf of families who inspire me every day!
My best days are spent helping families learn how their money works, how to grow it, how to protect it, and how to position themselves to spend and enjoy more of it so they are happier now. As a retirement income specialist I help clients secure a retirement income stream they can never outlive and that takes healthcare into account. Clients learn how to preserve their wealth for generations to come.

Curate Finance is owned and operated by Beth Freudenburg.  Description to come shortly.